Summary of Our Tour of Portugal and Spain 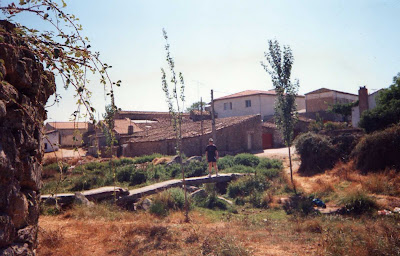 Holts battlefield tour of Portugal and Spain had been very enjoyable, but this one convinced us that we could do even better on our own.

We visited many of the same battlefields that we had been to with Holts, but this time we had time to spend as much time as we wanted on the field. In particular Salamanca and Fuentes de Orono had been well worth a second visit.

Then there were the new ones. I will remember Busacco because it was the best sign posted of any we have visited, but also walking around the village of Sula - plus of course standing on Crauford's rock. Torres Vedras where we had the whole fort to ourselves, as we did also at Fort Conception.

The smaller battlefields of Rolica and Vimerio, each of which only required half a day to fully explore. And the city of Oporto, where we could have spent a week. Returning to Cuidad Rodrigo and Almeida to spend many hours exploring the streets and walking around the town walls.

We were right to be concerned at taking on a fly-drive battlefield tour of two countries when we spoke not a word of either Spanish or Portuguese. And there were times when the lack of the local language proved a huge problem - for example Oporto! But it proved that with sufficient research and good planning it could be done. What's more it could be very enjoyable. Indeed it is much more rewarding to do it yourself than to sit back and let a coach tour take the strain.

We had now done Wellington's battlefields of central Spain and Portugal pretty well. Our next venture would be to explore the northern battlefields and the Pyrenees.

Posted by paul leniston at 5:16 AM